The Creative Canvas of Braid

Last week we treated ourselves to an afternoon at the San Francisco Museum of Modern Art.

The SFMOMA, which recently reopened after a major renovation and addition, is full of big, bold, vibrant, thought-provoking art: colorful canvases taking up entire walls, a whole room of Calder mobiles, and the museum’s impressive collection of masterpieces by California artists. 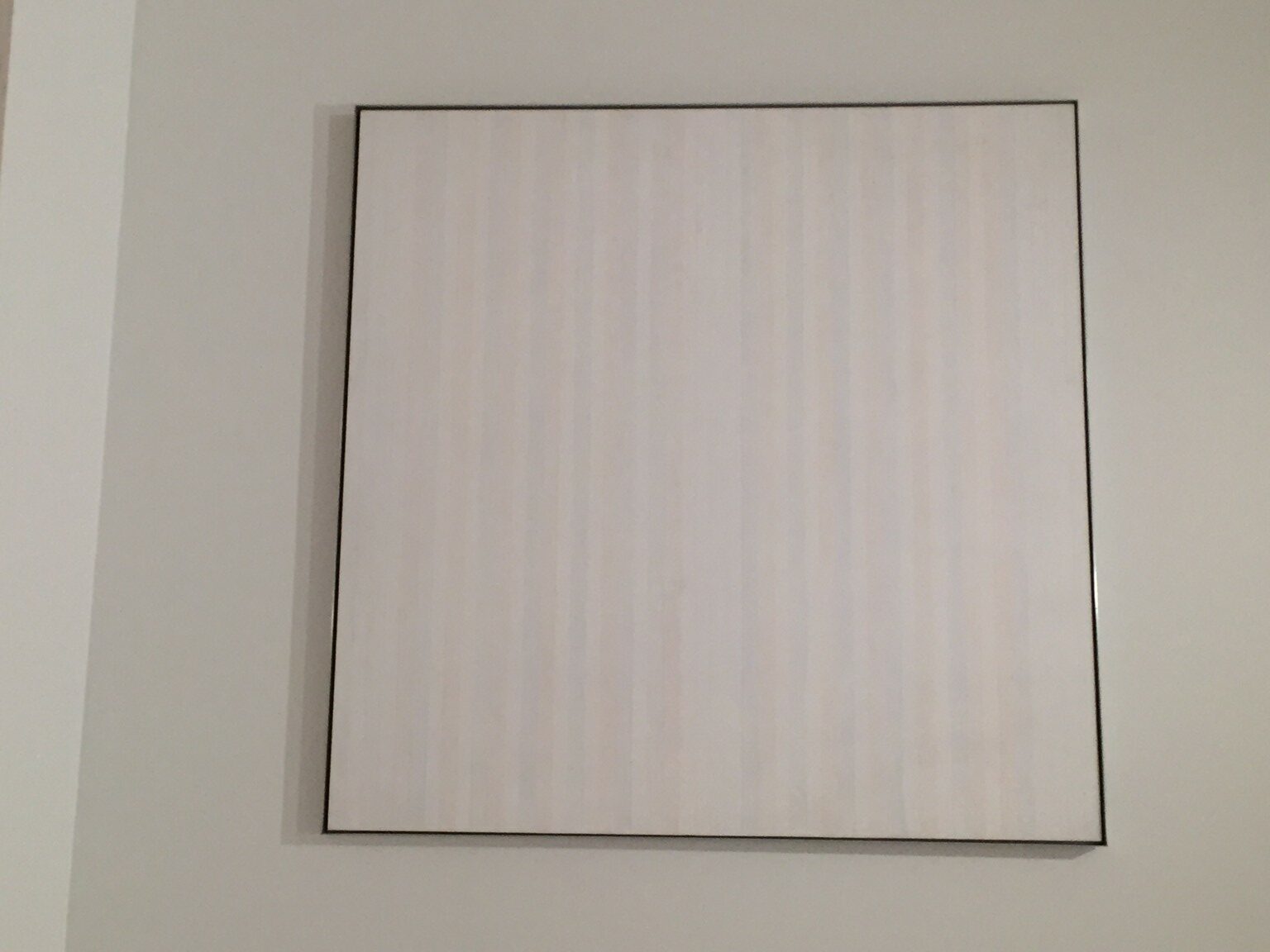 But the painting we found ourselves drawn to that afternoon was one of the most subtle pieces in the museum, tucked away in a small gallery in a back corner. The colors in Untitled #9 by Agnes Martin are so muted that at first glance the canvas appears to be empty, but upon a closer look you can see faint pastel strips of color.

If you’ve ever taken a photo with a Polaroid, you know that the picture takes several minutes to develop after sliding out of the camera. [Watch a time lapse version here.] During that time, there is a magical moment when shadows and splotches of color start to appear on the film, when it begins the transition from a blank white space into something with form and color. Untitled #9 feels like that moment.

As we looked at Agnes Martin’s painting, we talked about the Hebrew story of creation at the beginning of the Bible, in which God creates the world out of a void.

What intrigued us was how the artist captured the faint emergence that felt incomplete and undefined, immortalizing the moment of transition. Instead of picturing, as we usually do, the orderly progression of the creation story – skies and waters and vegetation and animals and humans and finally God’s day of rest at the end of a job well done – we imagined how excited God must have been at that moment in creation where it just begins to take form.

This excitement we imagine God experienced is not unlike what we feel as Braid is celebrating its second birthday. Braid was a blank canvas when we began, but we had a vision of where we were headed and how we would serve foster youth in our community. We thought our vision would emerge as quickly as a Polaroid photo: we had a business plan that provided a detailed image of what Braid would look like in five years, and it was very bright and bold.

Instead, Braid looks a lot like Untitled #9, and that’s a good thing.

If we had rushed in with vivid colors and big brushes and started to create our supposed masterpiece, we would have painted the wrong picture. You see, our original vision for this ministry was based only on our ideas and images, and Braid is much bigger than two people. We had to make space for other people’s perspectives and visions of what ministry to the foster care system could be. Only when we had heard the stories of social workers, current and former foster youth, grandparents, foster parents, colleagues, friends, and our mentors could Braid really begin to take form.

Trust us, there have been many, many days when we have been frustrated that Braid doesn’t look more like the bright, vivid artwork we originally envisioned. And we have been guilty many times of trying to direct Braid toward a more specific image that might be more eye-catching or impressive, but every time we are reminded that if God’s creative work needed space and time to develop, ours does too.

We continue to believe that the best form of Braid will develop in its own right time as long as we continue to be faithful and show up every day to create sacred space that honors what has already broken through and what is still taking shape. Untitled #9 speaks of a future still emerging, a creative act that has taken shape and form, but which is still unfolding and yet unknown.

We don’t know exactly what this ministry will look like in a year, or two years, or five years.

What we do know is that it won’t look like we thought it would. And we know that we will always invite others to keep painting it with us. We know that the canvas that emerges will be a masterpiece, because it will hold our collective stories and contributions. It is a work in progress, and we’re glad you are part of it.