For two clergy without a congregation, this past Sunday was amazingly busy.

Our first stop was the early service at The Church of the Advent of Christ the King – technically our mother church, as Braid is in their parish boundaries from centuries past. We were glad to connect with them, and they kindly and genuinely offered their support.

Then it was on to Artspan’s San Francisco Open Studios, an annual event that showcases artists in neighborhoods around the city over several weekends. This weekend featured artists in our neighborhoods. As we are in the process of building a mentoring program centered on artistic and creative expression, this presented a unique opportunity to connect with artists in our part of the city.

Artspan’s website listed over a dozen artists in Dogpatch alone. Frankly, we were skeptical. In walking the neighborhood for several weeks now, we weren’t sure where all these artists were hiding. We headed to Pier 70, where several artists were supposed to be showing their work. Pier 70 is slated for massive redevelopment over the next decade, but for now it’s a dilapidated pier that houses the last remaining dock in San Francisco. We’ve visited this area before, and all we saw were chain link fences and abandoned buildings with hazardous waste warnings.

On Sunday afternoon, we were greeted with the same desolate scene, but we spotted folks going into the Noonan Building and followed them. Inside we found a treasure trove –  three floors of artists’ studios! We met artists of every medium: oils, sculpture, letterpress, watercolor, printmakers. We left utterly surprised and delighted by how much creativity and life was filling a building we had assumed was abandoned.

We could have stayed much longer, but Sunday was the last home game of the World Series, where we had been making fools of ourselves (for Christ’s sake) all weekend to spread the word about Braid. So we donned our orange and black and headed to the ballpark. As mentioned in our last blog post, most people we talk to have no idea where Mission Bay is, so we usually describe it as “just south of AT&T Park.” So the World Series – with thousands of folks flocking to the ballpark – was a big opportunity for us. As fans queued up to enter the stadium, we held silly signs and loudly invited them to make a difference in the life of a foster child. Over three days we handed out hundreds of postcards about Braid’s mission and our new website. 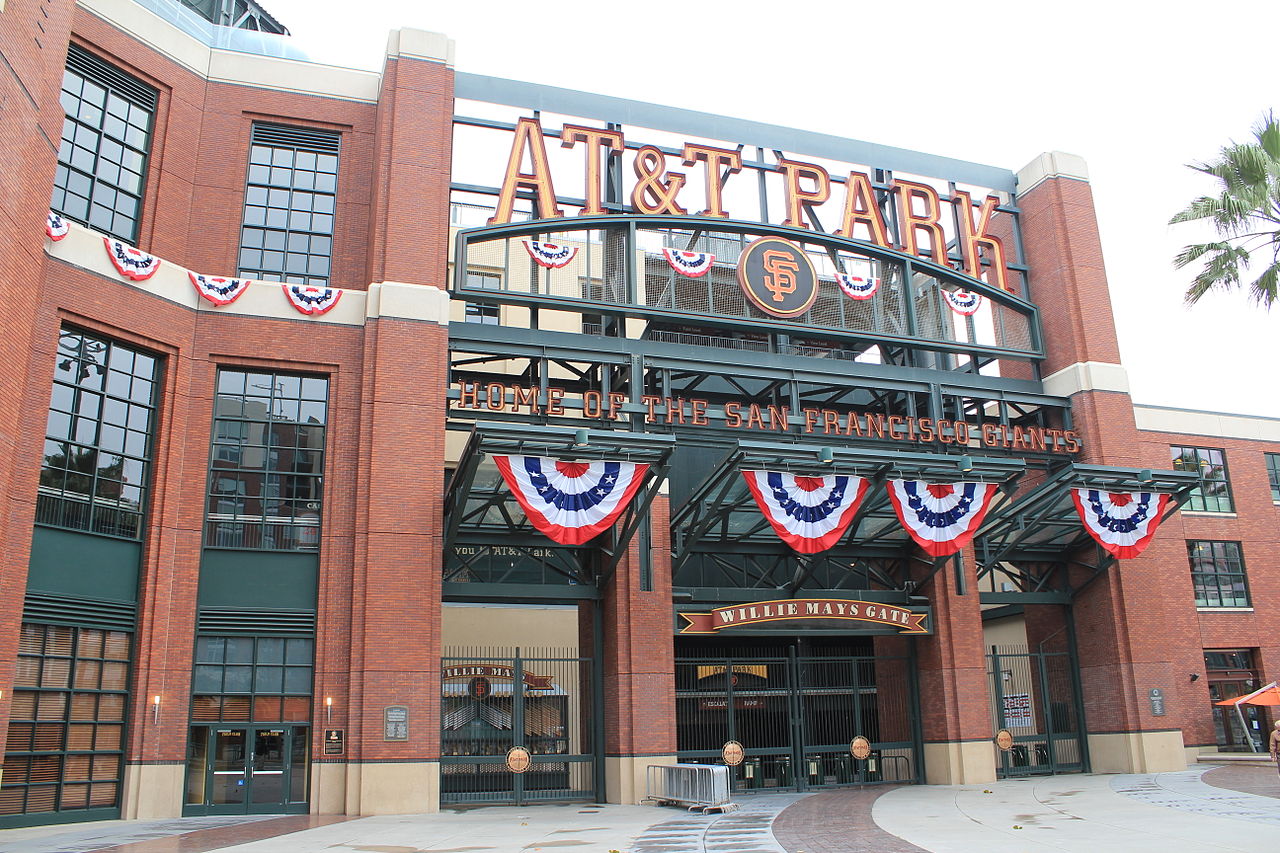 AT&T Park is quite different than the Noonan Building. It’s a prominent city landmark, shiny and new and hard to miss. But on more days than not, the gates are closed and locked, and it is just holding space until the next game transforms it. Like Pier 70, it is a spot we have walked by many times – almost on a daily basis, in fact – but this weekend we got a true sense of how much energy and life each of these places can contain.

This weekend was a reminder that it is people who make buildings sacred by gathering energy and life into them. As we walk our neighborhoods we have been discovering the many ways people have sanctified buildings old and new. Our tradition has professed for centuries that God is already at work where people gather, and every point on the map has the potential to be holy ground. Our forebears at Church of the Advent knew this when they drew those old maps in the 1800s claiming this patch of the city for God. We could build a church in Mission Bay – and we might, someday – but we suspect that it would not be large enough to contain or reflect the abundance and breadth of sacredness we have already discovered here.

Looking Through the Window