When Braid mentor Jeanette Wright was working in downtown San Francisco in the late 1980s, she would often browse through Macy’s high-end boutique stores. One day, she says, she saw a very pricey beaded necklace and thought it was something she could recreate – and she did.

“I started making a lot of beaded necklaces and people would stop me on the street to ask where I got it,” she remembers. “And that’s how I started making my jewelry years ago. I haven’t looked back.”

Jeanette comes by her creativity honestly. Her mother was an artist who loved to draw and paint and sew, and her great-grandmother was a cartoonist at an African-American newspaper in Tulsa many decades ago.

“It’s definitely a calling,” she says. “I love doing what I do. Most designers are making something out of nothing. There are so many options of what we have to create things with.”

In addition to the artistic inclinations she received from her mother, Jeanette also inherited her mother’s energy for helping vulnerable children. Almost four decades ago, her mother became a foster parent after her own children were grown. Jeanette, then in her mid-20s, helped care for two young brothers placed in her mother’s care.

“The kids were literally dropped off at my mother’s house when they were about 2 and 4,” she remembers. “My mom had some little pajamas and things because she had been preparing – she didn’t know when or where this was going to happen. Lo and behold she got a call from the social worker and an hour later they were at the front door.”

The boys stayed for several years, until social services located a relative near Sacramento who was able to take them permanently. Fortunately, that family member valued the relationship the boys had developed with “Auntie Pat” and Jeanette during their formative years and brought the boys to visit every summer while they were growing up. Jeanette is still in touch with her foster brothers, and one of them recently texted her to say: “Without your advice and love and encouragement I wouldn’t be where I am today.”

Jeanette’s lived experience of knowing how much one person can make a difference for a young person is what led her to Braid in 2019, when she was searching for opportunities to mentor foster youth. She has started donating 20% of her jewelry sales to Braid, combining two of her life’s passions. Her jewelry is for sale at her website and locally at MAC (Modern Appealing Clothing, 387 Grove St. in San Francisco). She will donate 20% of proceeds from both online and in-person sales. 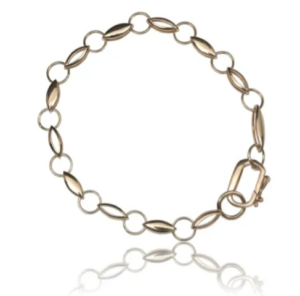 Jeanette is excited to have her jewelry in physical stores again, after pivoting entirely to online sales during the pandemic, and to be working with a retailer like MAC that has its own history of supporting local nonprofits. “That’s one thing I really strive for in people I work with,” she says. “We have everything here under the sun, so what are you doing with your time and your resources? Can you help people? Isn’t that what it’s all about when it’s all said and done? That’s where my spirit and my heart is. That’s why I volunteer with Braid.”

The Importance of a Medical Home