Things I Wish I Didn’t Know

Last weekend I attended Hearts for Justice, a powerful morning of education and conversation put on by Trinity Church in Menlo Park about confronting the important issues of violence against women and human trafficking. The panel of all-star speakers included David Batstone of Not for Sale, Carissa Phelps of Runaway Girl, and Becca Stevens of Magdalene/Thistle Farms.

I did not expect to hear numerous references to the foster system and how deeply intertwined it is with the issue of human trafficking.

When we started out on this venture, I admittedly didn’t possess much knowledge about the foster system and its far-reaching effects on individuals and society. I am still far from an expert, but after a few weeks in this new call – especially after Saturday’s discussion – my head and my heart are heavy with things I wish I didn’t know.

I wish I didn’t know, for example, that most of the women who end up in the Magdalene Community were first raped between the ages of 7 and 11, either in their family of origin or in a foster placement. I wish I hadn’t met a woman who was placed in seven different foster homes as a child and raped in every one.

I wish I didn’t know that most of those same women were on the streets before they were 16, finding more promise in prostitution than in their families or foster placements.

All of this new knowledge makes me realize how powerful and active the forces are in this world that conspire against the children of God, particularly foster children, who are arguably the most vulnerable members of our society. Take a child who has likely ended up in the foster system because of abuse or addiction in his or her family of origin. Mix in the sad fact that many (not all, but many) foster placements and group homes are unsafe and may actively further the abuse a child has already experienced. As if that was not enough, layer on the billions of dollars being invested to support and perpetuate the enslavement and victimization of other people.

Chris and I are learning quickly that a person doesn’t have to come out of the foster system to be homeless, prostituted, unemployed, addicted, imprisoned, or dropped out of school, but a child who has been in foster care is exponentially more likely to be any or all of those things.

I have been privileged to lead a life that has allowed me to go through 35 years not knowing these things. Unfortunately, now that I know them I don’t think it’s possible to proceed with my life or my vocation as if I didn’t.

But there is good news in all of this as well.

The good news is that people who are survivors of trafficking and other abuse are brave enough to tell their stories. As Becca Stevens said this weekend: “When we speak our truth in love with grace and power, it does change things.” 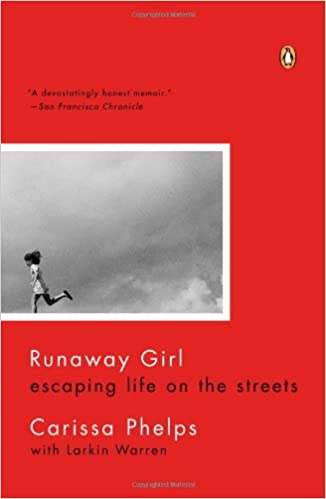 The good news is that there are safe places of healing like Magdalene and Catherine’s Center, organizations like Runaway Girl and entrepreneurs like David Batstone that help restore the dignity of every human being and provide opportunities to invest in their potential.

The good news is that there are many folks in the Bay Area and around the world with hearts for justice who envision the world Jesus envisioned, where we empower rather than enslave one another.

The good news is that collectively we can be stronger than the forces of evil in this world, if we hope together. This book is also on my reading list after the event.

The good news is that last weekend’s panelists agreed that building community around young people, even if it’s only two or three people, is a crucial way to start, and that’s exactly what we’re trying to build at Braid.

And the good news for all of us is that we are building all of this in service to a God who walks with us and grieves with us and holds the burden of knowledge that makes our hearts heavy.